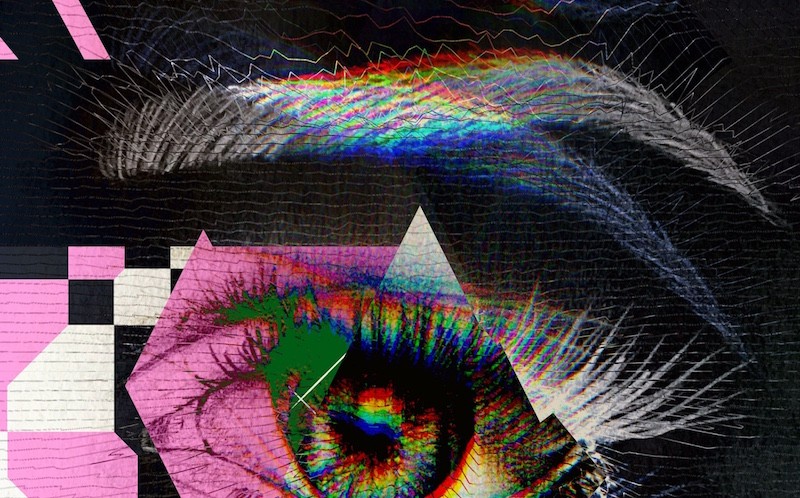 TRULY UNDERSTANDING ARTIFICIAL intelligence is rare. AI doesn’t think in concepts and images the way humans do. It has individual goals, like to preserve humankind as technology’s caretakers, or to dismantle complex systems. And in the sci-fi thriller Void Star, things are further complicated by the fact that AI’s “thoughts” are actually glyphs, or waves of data, that only make sense to people with special cranial implants connected to the net.

The elegant, if cerebral, examination of how both technology and humans process information is just one of many ideas explored in Void Star, out today. That’s no surprise, considering that author Zachary Mason has spent the past two decades working on problems of computational linguistics. In his day job in Silicon Valley, Mason helps machines get smarter—but on the side, he writes speculative fiction about what happens when the machines becomes incomprehensibly smart, imagining the role of AI in a world consumed by climate change and inequality.

Mason has always been fascinated by how the “brains” of computers work. “When I was seven, I remember lying in bed and thinking about how great it would be to teach a computer to talk,” he says. When he attended college at 14 (yes, 14, at Harvey Mudd College), he resolved to answer these questions. After getting a PhD in computer science and artificial intelligence, he tried to figure it out through machine learning. He worked on the recommender system at Amazon, and he now heads up R&D at Intellus Learning, an educational tech company that provides digital learning materials to institutions.

While Mason used his day job to tackle the present problems facing AI, he turned to fiction as a place to imagine its future. (Void Star gets its name from a term in computer language C++: “void*” refers to the unknown.)

The novel follows the stories of three people who have neural implants that allow them to access all their memories permanently: Irina, who translates glyphs for humans; Thales, a Brazilian political scion; and Akemi, an aspiring actress. All are being sought by a mysterious AI, which is in business with a megarich, 150-year-old tech magnate. The plot resists easy summation, filled as it is with memory-ghosts and other heady abstractions, but the novel grapples most urgently with the question of how people—and other AI—can engage with beings who process the world using indecipherable systems.

Fiction acts in some ways as a thought experiment for Mason, allowing him to unspool concerns about AI that he’s uniquely qualified to process. He’s conceived of a vision of AI that navigates between the poles of our expectations—neither subservient to humans, nor vindictive golem. “Imagine what it’s like to be an AI,” he says. “I wouldn’t expect an AI to work like a human being, to try to accumulate political or economic power.” Instead, the AI in Void Star engage with humanity only as byproducts affected by their actions, while they compute otherworldly questions of symbol manipulation and truth. (When Irina sees inside the mind of one of the most powerful AI, Mason writes, “she sees how subtly the quantum states of atoms can be entangled to wring the most computation out of every microgram of matter, sees how this material interacts with visible light.”)

Mason finds no tension in the fact that he works with AI today and imagines a future governed by them tomorrow. To him, the villains aren’t the AI: They’re the people who misuse AI to perpetuate very human aims. The AI aren’t greedy, or malicious—that would require human sentiment and desire—but the moral calculus of plutocrats can shift when utilizing the inhuman capabilities of AI. Mason didn’t write Void Star to criticize the motivation of the tech elite, but to point out where that motivation might lead. “I didn’t set out to critique Peter Thiel’s vision of a bold new tomorrow,” he says. “I just wanted to engage with what I saw, and with the world that seemed to be implicit in the present.”

Indeed, Mason’s near-future San Francisco (the year is never explicitly mentioned, but it seems to be early in the next century) is all the eerier for how it plays off our present-day preoccupations. Beyond the longevity-obsessed tech billionaire who commissions contractors and evolutionary biologists to design a house that will last him one million years, there are commuters who get dressed in drone cars, and ambitious young employees pretending to be autistic in order to get ahead at tech companies. While the extremely wealthy extend their multi-century lifespans with annual visits to the Mayo Clinic, a street fighter in the favelas learns how to read through a computer game that could be a Google employee’s philanthropic side project.

Void Star is, if anything, a cautionary tale of what happens when the tech elite rely on AI to solve the world’s problems and ensure immortality. Couple that with Mason’s decision to set his novel amidst a Silicon Valley ethos that feels both relatable and inevitable—and his ability to lyrically depict how AI, a bloodless technology, might conceive thought and language—and what emerges is a novel written with the syntactic precision you might expect from a linguist, a computer scientist, a mathematician. Or a person who is all three.