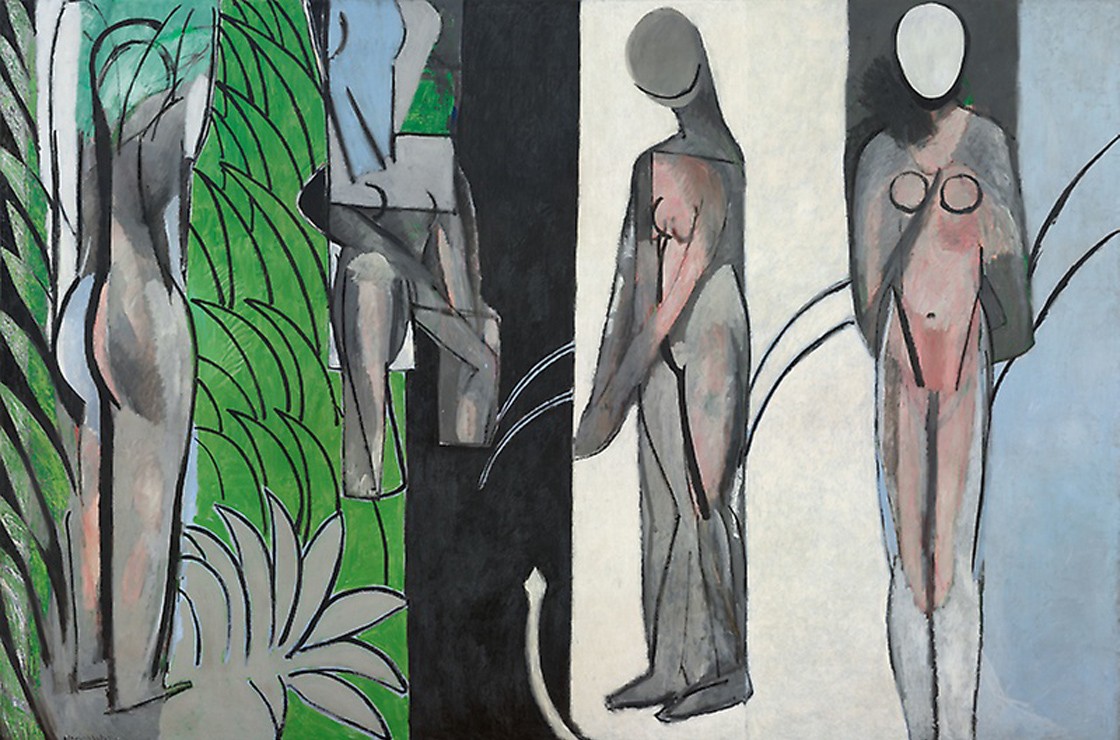 Matisse worked on Bathers by a River over the course of at least 8 years. During its long evolution, it became an important vehicle for his methods of modern construction, and its many stages reveal the deep connections with many works made during the 1913–17 period. The idea for the painting was first inspired by Sergei Shchuckin, who commissioned Matisse to paint two decorative panels for his home. While the project ultimately focused on canvases of dance and music, Matisse nonetheless began the bathers composition in March 1909. As he worked on it through the fall of 1910, he modified his initially idyllic scene of four figures resting in a landscape, rendering them in bright colors and with tenser forms. In May 1913, the artist returned to the canvas, and by November of that year, he had transformed the Arcadian image into a Cubist-inspired scene described in a monochromatic palette. Three years later, he reinvented the scene again, segmenting the composition into large bands of color that reinforce the contours and geometric forms of the figures. He would work on the canvas again the following year, refining his last painting campaign and making subtle changes that reflected a new interest in a softer kind of light.